IT’S A MAN’S WORLD AFTER ALL 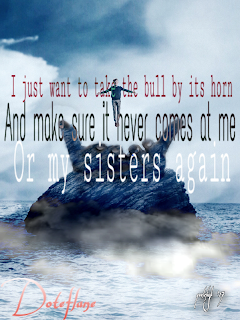 IT’S A MAN’S WORLD AFTER ALL
For ages now one quarter of the world talks about the suffering of females, three quarter about the right of female infact everyone preaches feminism. But right now the four quarters of the world have forgotten completely about the males albeit they still maintains its a man world.
How the world has turned out is a mystery, how teenage pregnancy and premarital sex has become a norm, how the world goes bad and bad and bad  of course with help of the leaders of tomorrow(youth) and a little assistance from the aged. The question every one is  asking is, what is going on, and parents keep asking what am I not doing? In attempt to justify this its said that the world is coming to an end, though am not objecting to this fact (who am I to?) I believe the concentration given to the female gender has caused this.
All my life am always having my mum, dad, relatives and concern ones give me heart to hearts talks about life and especially about sex. I remember my mum telling me once that she know as human, which is not bad you will have a thing or two for a guy as you grow, But don’t get involve with him sexually, not because what you feel is not right or real(most times infuation or lost) but because sex at that level won’t be right and apart from that because not all relationships end in marriage, you can’t afford sleeping with all guys you have a thing for before marriage. She continued by saying If you do this he will respect you, have your head held high when you break up and we are sure even God will be proud of you and she ended up saying but I have not given you the right to date just yet.
Nice sermon, i get this every time we talk and also from others and am sure this is what every female there is getting if not from relatives, from Tv, church and everywhere you can imagine and not imagine.
But it seems like there is no talking, and in my research I discovered that its not the girls here that are the problem, the boys are.  For as long as no one can remember, all the talks have being going to the females, and I can’t remember seeing or hearing my mum or Dad talking to my brothers about this, but how can  all the talking go to just the  females when she is believed to be the weaker sex, that can’t outsmart a stronger sex when faced with assault.
I was made to understand that two cannot work unless they agree. How do we expect a change when its only the ladies that knows its not right and keep saying its not right.
Don’t get at me, all am trying to say is, let there be shift aleast a little of the prep talks from the females to males, its a mans world after all, they should help keep the females safe because at the end with or without our permission, with or without our approval its us suffering. I am Lane Dela-favour, and I just want to take the bull by its horn and make sure it Never comes at me or my sisters again.

Articles / Poems / The Politics of Life